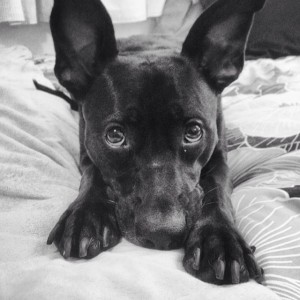 I recently became a volunteer for the brand new Denton County Animal Shelter and after comparing it to the conditions of the old facility, it gives a whole new meaning to the word makeover. The old shelter had paint ripping off the walls, doors that wouldn’t shut, and of course it reeked of animal urine. The new shelter opened the first week of March, its windows are always clean of animal slobber, the play yard gives the animals plenty of space to run around, and you can smell a light hint of vanilla air freshener.

The whole purpose of animal shelters is to return lost pets, and adopt those who are abandoned or surrendered. Most animal shelters, including the Denton County Animal Shelter, offer all inclusive animal adoption fees. This means the spay/neuter, microchip, all vaccinations, de-worm treatments, and all basic veterinary care is included in the adoption fee. Generally shelters or humane societies range in price from one hundred to two hundred dollars but the Denton County Animal Shelter is just sixty dollars. Many of their older pets, or pets who have a harder time being adopted, have an adoption fee of just thirty dollars. That’s right! That low price includes all the veterinary care and microchip.

I work for North Texas Television, the UNT news station, and I recently did a story on my experience and a review of the Denton County Animal Shelter. Check it out here (16:40-18:27).

The Denton County Animal Shelter is one of the cleanest facilities I’ve seen. The facility is run by the Denton Police Department and the staff are some of the friendliest people in Denton. It is obvious that they truly care about the animals. They recently hired a new marketing specialist and they have seen a 15% increase in adoption rates since they were hired two months ago. I joined their Facebook page this past January and although it saddens me when I see a post on my news feed advertising an animal who was recently surrendered, or one who was found as a stray, my favorite thing about this shelter is that they post a photo of every animal and its new owner to their page once its been adopted. It’s so uplifting to see all kinds of people who have a heart for these animals that were once thrown away without a second thought.

Two years ago I rescued a 2 year old German Shepherd/ Lab mix and I’m currently looking to rescue another so she’ll have a play mate. I’m looking for another German Shepherd and I used to believe that you couldn’t necessarily pick the breed of dog if you wanted to adopt from a shelter. However, over the past three months I have seen multiple siberian huskies, a corgi, two great Pyrenees, a doberman, and even a pomeranian. So if your looking for a specific breed of dog or cat, give it time. The shelter sees between four hundred and five hundred animals a month so with a little patience you are bound to get just the dog you’ve been waiting for.

There are millions of animals each day that sit in cages waiting to be rescued. Most all of us are capable of taking care of a pet so I’m asking you to consider adopting one yourself. If you’re considering bringing an animal into your life, please don’t buy from a breeder. The love and affection you receive from a rescue animal is ten times more than a breeder animal. These animals deserve a second chance and after my review, I believe the Denton County Animal Shelter is a great place adopt your pet!